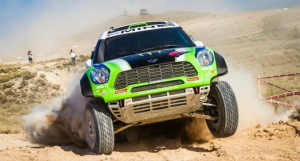 In the history of the X-raid team, the Baja Aragon has got a special significance: here, in the year 2009, both Stéphane Peterhansel (FRA) and Nani Roma (ESP) contested their first rally together for the Trebur based team. And in that event, Roma gave his new team the win right away. Now, in 2013, the two X-raid aces are back with their co-drivers Jean-Paul Cottret (FRA) and Michel Périn (FRA) to once again battle it out for the win, with their MINI ALL4 Racing. But this time, they come with a massive backup force: another three MINI ALL4 Racing crews and one BMW X3 CC.

Krzysztof Holowczyc (POL) and Andreas Schulz (GER) are determined to add more points to their FIA Cross-Country Rally World Cup tally. Orlando Terranova (ARG) and Paulo Fiúza (POR) want to give their very best to also become a factor in the battle for the overall win. Stephan Schott (GER) and Holm Schmidt (GER) are keen on confirming the impressive performance that took them to the very good seventh place in Abu Dhabi. Meanwhile the Argentinean pairing Adrian Yacopini / Marco Scopinaro is going to race its debut rally for X-raid in the BMW X3 CC. 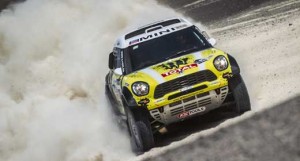 On Friday, 19th July, the 30th edition of the Baja Aragon will be kicked off with a six-kilometre “Super Special” in Teruel. And Teruel also will be the venue of the start into and the finish of the two following stages held on day two and day three. Both these stage are split into two special stages: SS1 and SS3 feature a distance of 188 kilometres, while SS2 and SS4 are slightly shorter: 160 kilometres.

Sven Quandt, Monster Energy X-raid Team Manager: “Despite being only a three-day event, the Baja Spain has got special significance for us. This year, it will be held at a new venue and we are curious to find out what tracks and terrain we will have to cope with. It’s the first time we are going to race this rally with so many cars and such a lot of good drivers. Consequently, it goes without saying that we hope to win. But several of the cars are equipped with test parts we still have to validate, here in Spain. 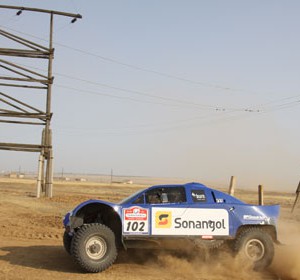 The Silk Way Rally made its return trip to Astrakhan and this morning the co-drivers were put to the test. At half-distance,...
Copyright 2011-2016 Rallyraid.net - RISE Network. All Right Reserved.
Back to top