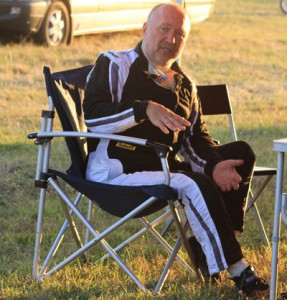 The 2013’s Cross Country Rally World Cup is over. Portalegre was the last race of this championship. It was after the race in Portugal when we  interview the T2 tittle conqueror, the russian driver Alexander Baranenko.

What was the motive that made you decide for the cross country rallies?

Very simple, since nearly 1995 my main dream absolutely unreal was Dakar. I did it in 2009 and after that my specialty constructed sport car called me to start sport career.

On the same way, what made you enter the FIA World Cup?

I participated in Russian championship and cup, but was not happy of the quality of the organization of this competition. So the absolutely normal in such a case decision was to participate FIA CUP.

We know you have some physic limitations. How do those limitations reflect in your driving style?

Very important and interesting question. I am disable from the very start of my life.
So all my civil cars hade and have auto speed shift. I can use only one leg and because of this my style do not  have any similar fiches with the style of my competitors. First of all other trajectory, breaking when and where they accelerating and vice versa.

And do you need any special adaptation in your car or is just a normal car like all the others?

Only auto speed shift. All other parts absolutely the same.

Going back to some days ago. You entered in Baja Portalegre, what do think about this race?

I thought that my competitors have very good chance to win this race because model of the car they use rathe more correspond to the land, configuration and water at that stages.

And how was your own race. It was hard to reach the end?

Absolutely not. Baja does not have so physical demand for drivers as marathon or raid. At the last stage I only enjoyed road, driving. No nervous.

In our races usually we see a lot of dust, but not in Portugal. I enjoyed it.  But so many wades, it is impossible to lake, you do not what do wheels meet under water. Dangerous, very dangerous.

You are now the world champion in T2 Category. It’s was hard to get this title?

We will now enter in a more calm period, where usualy the teams make their plans for the next season. In your case, what are your projects for 2014?

Not now. It was very long and hard year. We took a rest for several months.

And since you are now T2 Champion, could you move for the T1 category?

Because of my physical conditions I will not be real competitor in T1, right now I don’t have an ambitions in T1.

And what about the Dakar? Could you enter in this race?

To end this interview, imagine that you are in front of a big crowd, full of young drivers: What do you tell them to make them enter the cross country rallies?

Most important is understand that cross country rally for drivers with very good skills in classic rally and who have cold mind.

Many thanks Alexander Baranenko and congratulations for the World Tittle! 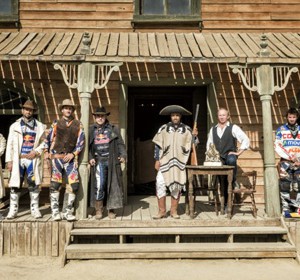 The desert dunes of the Dakar Rally are the destination for a posse of Red Bull athletes and their mighty machinery. The January...
Copyright 2011-2016 Rallyraid.net - RISE Network. All Right Reserved.
Back to top