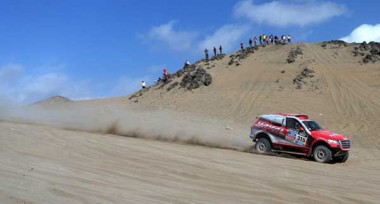 As the 2014 Dakar enters its closing stages, the GWM/Haval team has its sights set on improving, at the very least, to seventh place overall. Christian Lavieille, driving the number 315 Haval H8, finished the 749 km Stage 11 with the 12th fastest time. Crucially, however, he was around 9 minutes faster than the current 7th placed Toyota of Dabrowski/Czachor, and has consequently cut the gap to less than 20 minutes.

Stage 11 was won by Mini’s Orlando Terranova, with overall leader Nani Roma (Mini) in hot pursuit. Stephane Peterhansel (Mini) who is in second position overall finished the stage with the fourth fastest time, behind Toyota’s Giniel de Villiers. Some team-order controversy followed after Stage 11 was completed, as it became known that Mini’s managers had instructed Peterhansel not to push too hard and take risks. Peterhansel is currently around five minutes behind Roma in the overall standings. 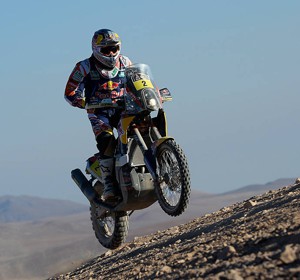 Despite a fall at the beginning of the stage, Marc Coma again demonstrated his status as boss of the Dakar 2014, by picking...
Copyright 2011-2016 Rallyraid.net - RISE Network. All Right Reserved.
Back to top