It’s springtime and motorsports series are starting, one after the other. The case is the same for cross-country rallies where after the World Cup engines will begin to roar also in Open Hungarian Championship and in CEZ Cup. The first round of both series will be Túrkeve Cup on 11-13 April 2014.

Although the venue is completely new, the organisers are very experienced in both Hungarian and CEZ rounds and every year they try to smuggle something new, something special into the race weekend. This year for example – due to the characteristics of the area – they linked the event with another branch of motorsport: joining forces with autocross, the races of the two branches will be organised in the same place at the same time, offering double experience for the spectators and mutually introducing the other sport art to their fans. The fight in the cross-country rally event promises to be extremely spectacular as not only the cars but – quite uniquely in Hungary and even in Europe – trucks can also start, just as bikes and quads, for whom the event will form part of the championship as well.

Even classic rally will be represented at the weekend as the administrative checks and the scrutineering of Túrkeve Cup will be hosted by classic rally driver Sasa Ollé at the base of Suzuki Treff. On Friday the ceremonial start will begin at 4 pm on Tiszai Hajósok tere in Szolnok, then the drivers and riders will warm up with a 17 km superspecial. On Saturday five specials are scheduled with almost 250 kilometres against the clock. On Sunday the rally ends with three more specials, then the crews return to Tiszai Hajósok tere for the prizegiving at 4 pm.

Merzouga Rally: Two categories Pro and Expert for a technical and fun to ride rally 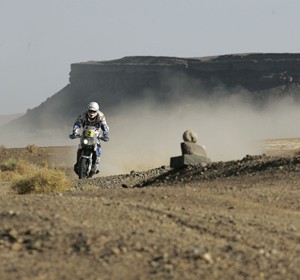 Merzouga Rally: Two categories Pro and Expert for a technical and fun to ride rally

Several riders already entered when there are more than 10 days to the deadline of the first entry fee With more than 10 days...
Copyright 2011-2016 Rallyraid.net - RISE Network. All Right Reserved.
Back to top