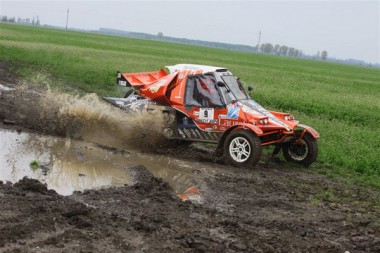 The opening round of the Open Hungarian Championship and the CEZ Cup in Túrkeve was not a walk in the park for Zoltán Hangodi and his Klement Mosquito. On Saturday the driver had to fight with the mud, on Sunday a clutch problem deprived him of having a good race. He finished Túrkeve Cup in 11th position.

HQ Racing had a difficult weekend at Túrkeve Cup: the big mud experienced on Saturday’s track made its mark on the Klement Mosquito. On Sunday the track was much drier, but then the clutch broke down. Finally Hango couldn’t do anything but bringing the car to the parc fermé after the first special of the day, missing the last two, and finishing the race under forfait rules. 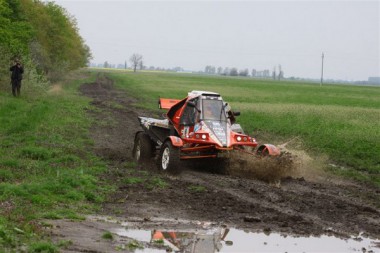 “Yesterday’s bad luck continued today: the clutch slipped at the start. I drove on until I saw Károly Fazekas’ car rolled in the woods and there I stopped for 10-15 minutes to let the oil cool down. After this the clutch didn’t slip any more but I didn’t want to risk to start at the long special as I had no chance to climb up in the overall classification, so I used the forfait rule and went straight to the parc fermé. This was a weekend full of bad luck but of course we learnt a lot from this. Now we go home and draw the consequences. The car is reliable, there’s no problem with it, but it really doesn’t like this amount of mud,” – said the driver.

Next round of the Hungarian Championship will be Riverside Baja in Beled on 9-11 May. 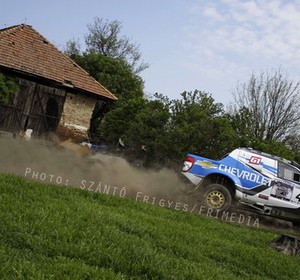