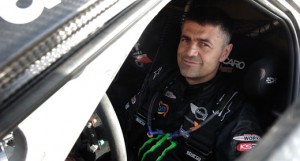 Krzysztof Hołowczyc co-driven by the Frenchman Xavier Panseri (Mini All4Racing) won the first run of the special stage located at the Drawsko Military Area. Despite the problems with the clutch, a three-time winner of the Baja Poland for almost two minutes outpaced an FIA World Cup classification runner-up Nasser Al-Attiyah taking the lead in the event. The Qatari caught the puncture and was forced to change a wheel in his Toyota Hilux Overdrive on a special stage.

So far the rally does not unfold well to the current FIA World Cup classification leader Vladimir Vasilyev, who after two stages occupies 7th place with over 8-minute gap to the leader. Right behind him ranks debuting behind the wheel of a car (Toyota Hilux Overdrive) Tadeusz “Taddy” Blazusiak co-driven by Frenchman Edouard Boulanger.

Bad luck hit Kuba Przygoński who was an overnight leader among motorcycle drivers. During the first run of Poligon Drawski stage there was a fuel pipe failure in KTM EXC and Przygoński lost over 13 minutes to a new leader, Adrien Mare. Among quads second scratch time was gained by Kamil Wiśniewski (Yamaha Raptor).

After visiting the service park in Drawsko Pomorskie all competitors will have to tackle one more run of the same stage and then they will return to Szczecin.

Nasser Al-Attiyah / Matthieu Baumel (Toyota Hilux Overdrive):
– We had a puncture and were forced to change a wheel on the stage.

Krzysztof Hołowczyc / Xavier Panseri (Mini All4Racing):
– I don’t have a clutch. I’m interested in Nasser’s position. The route is fine. No dust at all. The bonnet opened on the stage, so there was a lot of action.

Adam Małysz / Rafał Marton (Toyota Hilux Overdrive):
– Everything is fine. No problems at all.

Marek Dąbrowski / Jacek Czachor (Toyota Hilux Overdrive):
– We drove our own place, no problems. We were stuck in the sand only once.

Vladimir Vasilyev / Konstantin Zhiltsov (Mini All4Racing):
– We had a punctrure and had a massive time loss

Piotr Beaupre / Jacek Lisicki (BMW X3 CC):
– I think we had two punctures, but the tires look fine and the tire pressure seems also fine. The car does not drive well and is not reacting properly.

Kuba Przygoński (KTM EXC):
– The pipe fell down and I lost a lot of fuel. That caused a time loss. 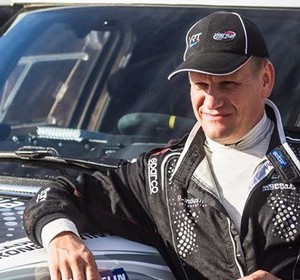 Which of these two gentlemen will reach for the triumph of the FIA Cross Country Rally World Cup? The first one has already...
Copyright 2011-2016 Rallyraid.net - RISE Network. All Right Reserved.
Back to top