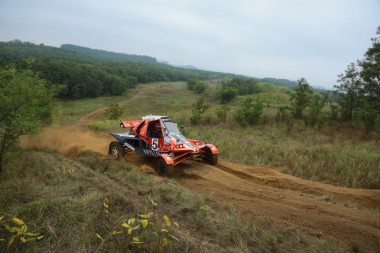 Zoltán Hangodi and the Klement Mosquito held fifth position at Adrenalin Cup for a long time, but in the penultimate special hitting a tree ended the race for the driver of HQ Racing. This season it was the first rally that Hango couldn’t finish.

However much Zoltán Hangodi loves the tracks near Nagykálló, this year’s race was not a lucky one for him. On Friday, just like many of his rivals, he got lost in the sandpit, on Saturday and Sunday he struggled with the differential and a broken spring. The end came in the first special on Sunday afternoon, when the driver of HQ Racing hit a tree. 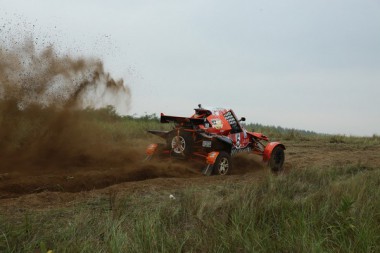 “This was a hard day. I wasn’t able to drive in my own pace, because on Saturday one of the front springs broke and we had to replace it with a rear spring from a quad. Moreover, after three years, the car reached a point when some of its parts are getting tired so the circumstances were really difficult, but I tried to get the most out of the race. Unfortunately in the penultimate special I hit a tree and I wasn’t able to continue. This was not my race,” Hango reported.

In cross-country rallies Adrenalin Cup is followed by a pause, but Hango stays close to racing as he is already preparing for the next round of the Hungarian rallycross championship in Nyirád on the first weekend of October. 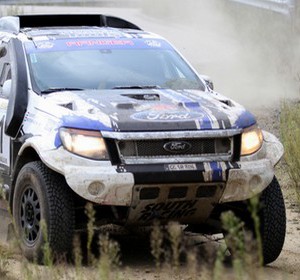 Four kilometres – this much was missing for Imre Fodor and Márk Mesterházi to finish Adrenalin Cup as winners. In the last...
Copyright 2011-2016 Rallyraid.net - RISE Network. All Right Reserved.
Back to top