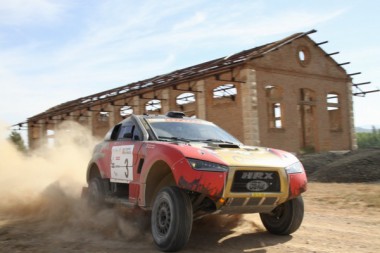 This weekend the town of Portalegre in the East of Portugal will host the season closer of FIA World Cup for Cross-Country Rallies. The 28th edition of Baja Portalegre promises a fierce battle for the top positions: the best drivers of the international scene have to face tough opposition from the skilled local crews who are really hard to catch on their home ground.

In Portalegre everything is set already for the start of Baja Portalegre, last round of FIA World Cup for Cross-Country Rallies. After Wednesday’s shakedown, Thursday was time for administrative checks and scrutineering, followed by a 5.5 km Superspecial on Friday. The day of real action will come on Saturday, when competitors tackle two gruelling Specials of 200 km and 248 km respectively. Unlike the previous editions, SS3 will start from Crato and finish in Portalegre. Exhibition centre “NERPOR” hosts both Rally HQ and Service Park during the three days.

Expectations are high about the battle for the title between X-Raid’s Vladimir Vasilyev and Nasser Al-Attiyah, starting again with an HRX Ford from Wevers Motorsport for the second time after a less successful Baja Aragón. Vasilyev has a 20 point lead, which means he must rank at least 4th overall to secure the title in front of the Qatari. Should he be 5th while his rival wins, both drivers would aggregate 226 points, but having more victories Nasser takes the title. 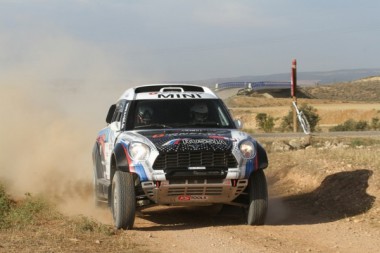 Vasilyev made a very consistent season: apart from one mistake in Poland, he finished in the top 4 in all rounds, with one victory in Abu Dhabi. On the other hand, Al-Attiyah, having missed the first three events, won in Qatar and Hungary, finished second in Egypt, but was only 8th in Spain and didn’t finish in Baja Poland.

“The race in Portalegre is the final round of World Cup, and, of course, we will do our best to keep the lead and get the title. I have already been in Portalegre in 2012 at the wheel of Mini, and even if I wasn’t able to finish due to a technical problem, I remember the features of the track very well, and know what to expect this year. There are a lot of fast drivers, but we need to finish at least 4th to win the World Cup, so we will push for this,” Vasilyev said.

But we shouldn’t forget about local crews. In the World Cup there are hardly any drivers from the Iberian country, but CPTT (the Portuguese Cross-Country Rally Championship) is legendarily strong. This year multiple champion Miguel Barbosa (Mitsubishi Racing Lancer) stands only in second place in the classification before the final round, 11 points behind young Ricardo Porém, who is to make his debut with Mini in Baja Portalegre.

Portuguese-Angolan Romulo Branco is third in the Portuguese championship with his Toyota Hilux. Joao Ramos will drive a Hilux of Overdrive Team. Maybe the biggest surprise on the entry list – and one of the favourites – is Filipe Campos. The former Portuguese champion returns to the tracks after a long absence – in a Mini! The two former T2 Baja Cup champions, Rui Sousa (Isuzu D-Max) and Nuno Matos (Opel Mokka Proto) – both competing in T1 category now – are always good for a nice result as well.

In category T2 of the World Cup the title is taken: Russia’s Andrey Rudskoy (Toyota) is champion already, so in Portugal he can compete without any pressure. His biggest rivals can be the freshly crowned Portuguese T2 champion Alexandre Franco and his compatriots Francisco Gil and Jorge Cardoso. The Italian armada: Elvis Borsoi, Alessandro Bellini and Riccardo Colombo should also be taken into account. 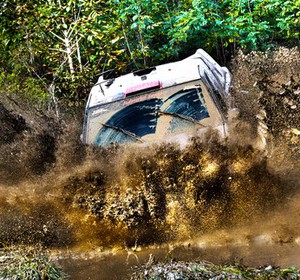 Problems kept coming, but in spite of that Sólyom Team completed Euro-Tools Cup in Etyek in good mood. At the end the joy was even...
Copyright 2011-2016 Rallyraid.net - RISE Network. All Right Reserved.
Back to top