RE Autoclub is a Latvian racing team with a 20-year history of racing in international competitions and more than 10 years of cross-country racing experience. 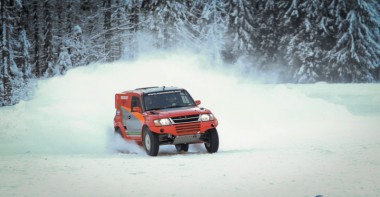 In recent years the team has been represented not only by Latvian and Russian crews but by Finnish drivers as well. The Finnish representation in the World Cup series helped the team reach a new competitive level and climb the rankings in the World’s motorsports.

As a part of preparation to the World Cup series, we interviewed Robert Elbakyan, the sporting director of RE Autoclub about the team’s plans for the baja Russia – Northern Forest 2015. The interview took place at the finish of Dakar 2015, where RE Autoclub had competed successfully with the crew of Alexandr Terentyev and Alexey Berkut.

Robert, tell us about your plans for the Northern Forest baja.

Robert Elbakyan: We are preparing several cars – two Toyotas LC200 and a Ford Raptor. The cars will be run by Russian drivers Alexandr Terentyev and Alexandr Kolembet, and a well-known Finnish driver Jouni Ampuja, who has already registered in Russian competitions. We are aiming at setting a good fight, especially considering the fact that this year’s technical requirements changed to allow the use of 35 mm restrictors, which means that we can use older cars. I reckon the race is going to be very exciting!

Considering winter conditions of the race and its new location, what are the major points of the preparation process? 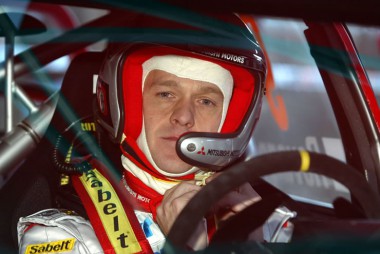 Robert Elbakyan: Well, first and foremost we should deal with the temperature level. As I get it, the temperature is going to be around – 10 – 15 degrees. As far as the car preparation is concerned, the process is not going to differ a lot from a regular car preparation to winter conditions: non-freezing windscreen washer liquid, cabin heating. Of course, we should pay more attention to the tyres that we are going to use in Karelia, as Northern Forest is the only round of the World Cup series that requires studded tyres. During this year’s Dakar we received loads of questions from other competitors about studded tyres and competing in the Russian round of the World Cup in general. We can assume that there is going to be a number of entries from the teams and crews who have not yet raced in Northern Forest. The representation is going to be remarkable, and the top ten crews are likely to be very strong.

Do you think the Finnish drivers have any advantages in winter conditions?

Robert Elbakyan: The difference of the Finnish drivers is not entirely the question of driving, but mostly is the matter of how they work in general – car preparation, suspension settings. They have a different kind of attitude towards everything in the race. And you really can’t compare. But obviously, it’s easier for them to race in Karelia due to the similarity of route configuration to the ones they are used to. Yet Finnish drivers always are the highlights of any race.

How do you contemplate the relocation of the race to the Republic of Karelia? 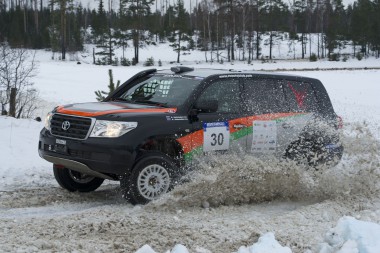 Robert Elbakyan: The main advantage is that we are guaranteed to have snow and ice. And secondly, the team’s expenses are going to be considerably reduced. The prices at the Igora resort were inadequate, the Europeans wouldn’t understand that level of accommodation rates. And thirdly, the route configuration in Karelia is distinctively more interesting. We are expecting a spectacular competition! 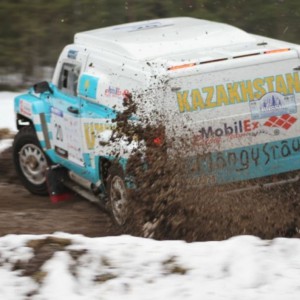