Robby Gordon Introduces the Pro Unlimited Class to the Mexican 1000 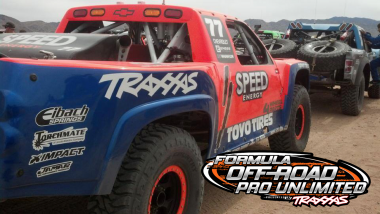 The Formula Off-Road Pro Unlimited division will make its debut as part of the NORRA Mexican 1000 April 25-29 as a new stand-alone class in the race that honors the history of off-road racing and the legends that built the sport.

Off-road champion Robby Gordon is introducing the Pro Unlimited class to the Mexican 1000 in an effort to continue honoring the greats of the sport while also providing the sports’ premier race vehicles the opportunity to compete in the event that stretches from Ensenada, Mexico to San Jose del Cabo on the southern tip of the Baja California peninsula.

As part of its commitment to developing the Pro Unlimited class, Gordon and his company Formula Off-Road are introducing a winner-take-all $50,000 first-place award for the class-winning truck or buggy on overall time, and Formula Off-Road is also producing a one-hour television special on the Mexican 1000 and the Pro Unlimited class to air nationally on NBC sports network June 6.

“Our mission continues to be to promote and help grow the great sport of off-road racing,” said Gordon. “Off-road racing remains the greatest form of motorsport that most have never been exposed to, and our efforts with the Pro Unlimited class in the Mexican 1000 follows what we started under Formula Off-Road with the Stadium Super Trucks series. We will continue to give competitors opportunities to race and to expose this amazing sport to the masses, which we will do through our social media efforts and the NBCSN broadcast.”

Registration for the Pro Unlimited class can be made through the NORRA web site at www.norra.com; and the entry fee of $5,000 includes truck and primary driver entry as well as NORRA membership and an opportunity to capture the $50,000 winner-take-all top prize. Co-driver, crew member and guest wristbands, which include food and beverage service provided by NORRA each day at each stop on the route to San Jose del Cabo, are also available through the NORRA website. A post-race party in San Jose del Cabo will greet racers and families at the finish and tickets to that event is also encouraged and available through NORRA. 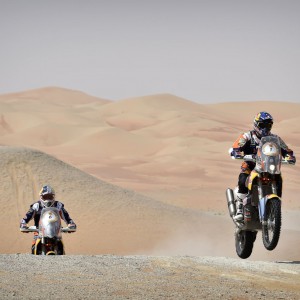