Oh, the nicest part of cross-country rallies… Trying to go fast while not damaging the car in the dust of fellow competitors – this was the essence of the first day of Morocco Rally for Tomas Ourednicek and Pavel Vaculik. Starting as 42th on the road, Ultimate Dakar’s crew clocked the 27th time in Stage 1. 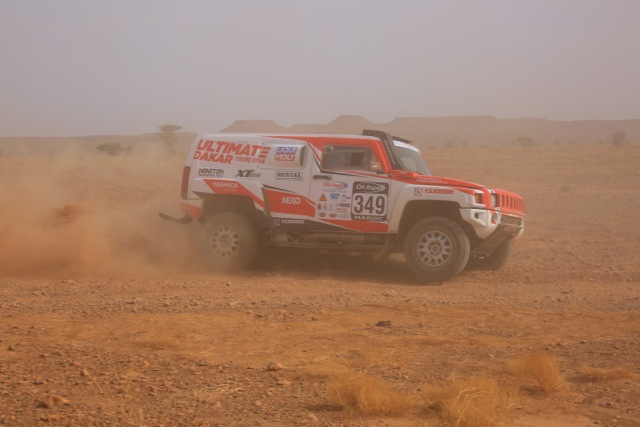 Tomas Ouredncek and Pavel Vaculik completed their first desert special successfully. At the end of the 330 km long opening special of Morocco Rally, a loop around the host town of the scrutineering, Zagora, the crew of Ultimate Dakar finished 27th, occupying the same position in the overall classification.

“We had to overtake a lot of cars and bikes but in the dust it was almost impossible, or, at least, quite dangerous. We caught the first car at about the fifth kilometre, and until the finish line we overtook some 15 more, together with about a dozen bikes. With this in mind, I am happy for our result, although it could have been better with a better start position.

We didn’t have any major problems with the car, and only one small mistake in the navigation – I am very proud of Pavel’s performance in his first ever desert stage. The race is really huge, the second biggest after the Dakar with maybe 300 competitors and some 1,200 people in the bivouac, so the atmosphere is very special” Tomas Ourednicek said after the finish.

Morocco Rally continues with a shorter but not less challenging second stage on Tuesday. The 244 km ‘Loop of Draa’ features lots of dunes and sandy tracks with a tricky navigation. 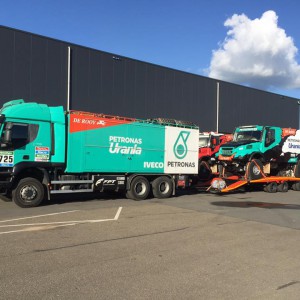