After the first week of the Dakar Rally, during the rest day in Salta, while all the teams are working hard preparing the vehicles for the ordeals of the next week, it was time for the crew of Buggyra Ultimate Dakar to look back on the stages so far and draw a balance of the first half of the rally. 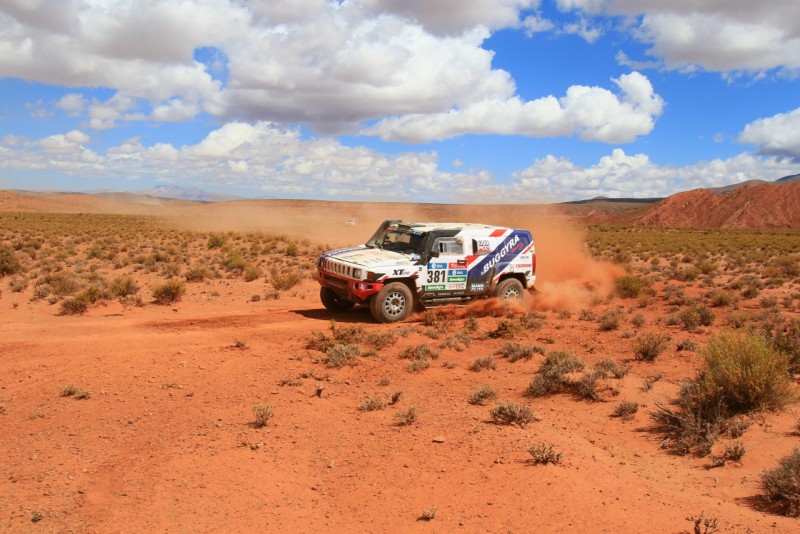 The 2016 edition of Dakar Rally didn’t start in a good way: the prologue had to be stopped due to an accident and the first long stage had to be cancelled because of the weather conditions, so after two days Tomas Ourednicek and Pavel Vaculik had zero race kilometres behind their back.

The first real race stage, on the other hand, was really successful: Tomas and Pavel had to start 95th in the special but at the end of the shortened track they clocked the 49th time. In the high altitude stages in Bolivia the engine of the Hummer H3 EVO lost some power, but in spite of this and having some minor problems the crew managed to climb up gradually to the 39th place in the overall classification before the rest day.

“Our start number was quite bad and without the prologue we didn’t have the opportunity to get a better starting position. We could have been much faster but the cars in front of us slowed us down. It was problematic and dangerous to overtake one car after the other, once I even hit a big stone during such a manoeuvre because i didn’t see it in the dust. I was really scared that I’d damaged the car. But, on the other hand, Pavel did a great job with the navigation and it was a fantastic experience to race in Bolivia. The fans there are really enthusiastic” – Tomas recalled.

The first part of the rally was full of highs and lows for the team. “We had some very hard moments during the past few days, it even happened that we had to discuss if we can continue the race, but the messages we received from our friends and fans, and the reactions on Facebook helped us a lot. We’d like to say a big thank you to everyone who supported us, and please keep your fingers crossed for us in the next days!” Tomas concluded.

The first stage of the second part of the rally begins with a 766 km stage between Salta and Belen on Monday, with a 393 km special among the famous dunes of Fiambala. 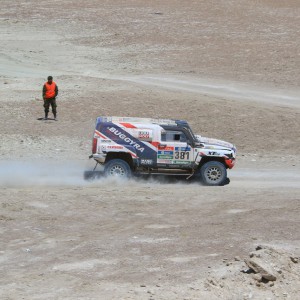 The last day of the first part of the 2016 Dakar Rally was a 793 km stage between Uyuni, Bolivia and Salta, Argentina, including...
Copyright 2011-2016 Rallyraid.net - RISE Network. All Right Reserved.
Back to top