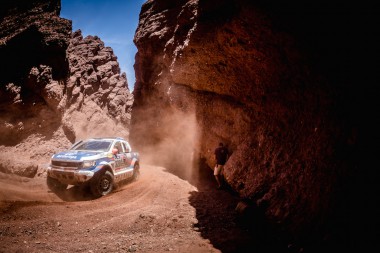 Spaniard Xavier Pons put his Ford Ranger to work in a treacherous off-road environment and much higher temperatures for the first time on this year’s Dakar Rally, during the ninth loop stage around Belén in northern Argentina, on Tuesday.

He was running extremely well through the demanding stage when race officials took the decision to stop the special at the second passage control on safety grounds. Several of the leading motor cycle riders had experienced problems in the baking temperatures in the sand dunes at Fiambalá and ASO management did not want back markers and the remainder of the field to be put at risk.

After their impressive performances on the seventh special on Monday, Pons and Ford Ranger team-mate Daniel Mas Valdes had lined up in 48th and 26th overall for the Belén loop and were granted starting positions of 32nd and 29th on the road. 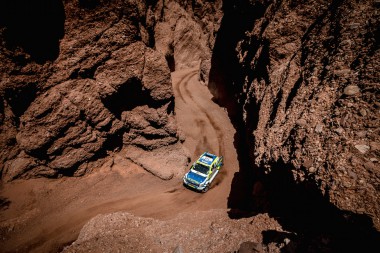 The original stage was short by Dakar standards – only 285km of competition – but it featured long stretches of vegetation-scattered dunes, soft sand, camel grass and demanding riverbeds in much higher outside temperatures of between 36 and 38°C.

The Fords performed superbly through the opening section. Pons and co-driver Ricardo Torlaschi are running their Ranger in a joint venture between DMAS South Racing and Esponsorama and the Spaniard enjoyed his first ever taste of Dakar sand dunes. He was 24th through PC1 and went on to complete the special without incident to maintain a strong position for the next assault at the dunes on Wednesday.

Mas Valdes and co-driver Juan Pablo Latrach suffered a burnt out clutch in the soft sand before the modified finish and were forced to wait for their assistance vehicles to arrive before they could continue on to the night halt in Belén.

“It was a hot and very difficult stage,” said DMAS South Racing’s team director Scott Abraham. “Xevi finished the special without problems, although there was an issue with his tracking system and he didn’t show in the results. Daniel was forced to stop with clutch issues and was waiting for the assistance crews. It’s a very difficult section of the special where he stopped.” 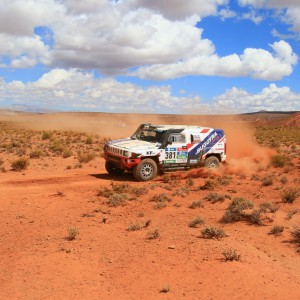 After the first week of the Dakar Rally, during the rest day in Salta, while all the teams are working hard preparing the vehicles...
Copyright 2011-2016 Rallyraid.net - RISE Network. All Right Reserved.
Back to top