Martin Kolomy scored a historic result in the 3rd special of the 2016 Dakar Rally: the first stage victory for not only himself but also Tatra Buggyra Racing. Jaroslav Valtr also performed excellently with his new Phoenix also performs excellently, losing time only behind a fellow competitor. 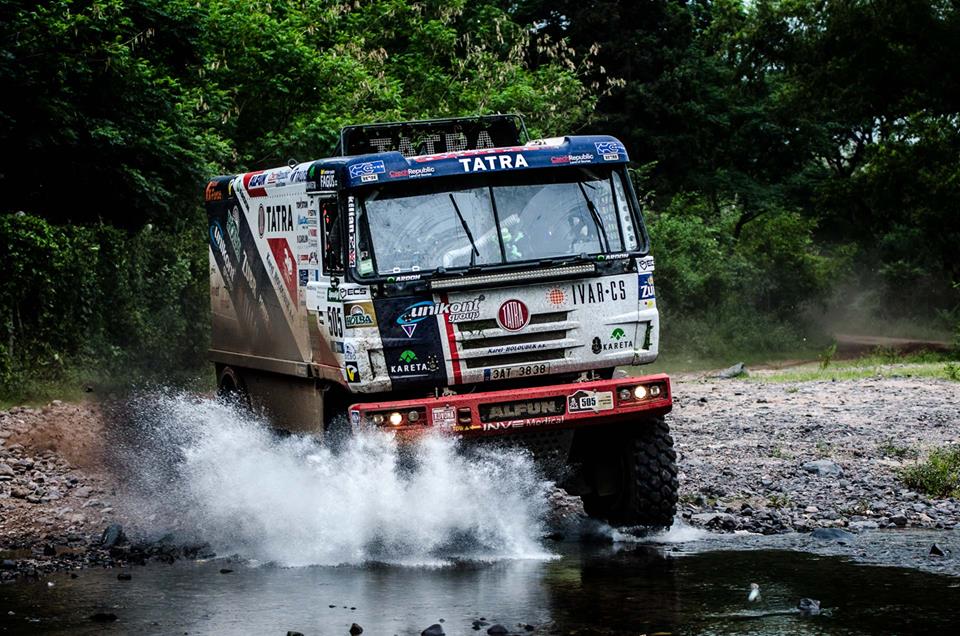 Third stage of Dakar Rally 2016 will be written in golden letters in the statistics of not only Martin Kolomy and the Kilian brothers but also of TATRA BUGGYRA RACING team, winner of Constructors´ Cup in the European Race Truck Championship of the past season. “This is a fantastic result! Martin has achieved his first stage victory and we all compliment him on this. He does have a combative spirit,“ rejoiced the team manager Jan Kalivoda in the Jujuy bivouac. Martin Kolomy thus joins in the modern history of Dakar Rally on the American Continent the names of Josef Machacek and Ales Loprais as the third Czech pilot standing on the top of the imaginary podium for stage winners.

Martin Kolomy could not enjoy the euphoria of the victory for too long, though. When the team arrived at the bivouac another rainstorm began to pour down on them and the mechanics had to start preparing the racing trucks of Tatra for the next day. “This was a real hell of water and I must say I had not seen such a heavy downpour before. In addition tomorrow we will have to transfer to Bolivia while the boys will race in the mountains around Jujuy. We all wonder whether the stage will take place at all, everything is under water here,“ Kalivoda described the conditions.

Martin Kolomy took the lead at the very beginning of the third stage and held his advantage built after the start until the end of the stage. “When I finished the stage I did not believe that I would be the winner. I am extremely happy but keep a realistic view. We are at the beginning of the race and things can still change dramatically in the course of it. On the other hand, I am very glad we proved that our opponents can be beaten and we are up to being in the front,“ Martin said with satisfaction. In the overall classification the crew of Martin Kolomý ranks seventh due to a ten minute penalty for exceeding speed limit. “This is an issue tormenting many crews here. It requires the ideal setting of the speed limiter. Today Jarda also received a two minute penalty,” Martin sighed.

Jaroslav Valtr also performed excellently in the third stage. Starting from the back of the field, he and his Phoenix already ranked fourth at the first meantime measuring point. Thus he showed that without technical issues his crew can compare to the quickest. He finally ranked thirteenth after a big loss due to an accident on the road. “Today my Phoenix honoured its name and flew ahead. We overtook one truck after another and the Tatra worked faultlessly. We only encountered a little pullback when arriving at a place where a truck was trapped and could not be bypassed. I would like to express my great thanks and praise to Jirka Stross, who jumped out of the cab to show me where to go. This is also one of the faces of Dakar,“ was Valtr´s comment on the day.

Stable performance was maintained by Tomas Ourednicek, who ranked 49th. “Last night we noticed a large stain of oil on the rear differential. We replaced a couple of suspect parts but today´s start showed that the problem was somewhere else. Therefore we had to be very careful, but it is hard to race with caution,” said Ourednicek about his racing Hummer.

Argentina is troubled with heavy rainstorms and the Jujuy bivouac looks like one big pool of water. This is obviously what even the organizers are not completely prepared for and although they said at the evening briefing that everything was all right the worries about the coming marathon stage are in place. 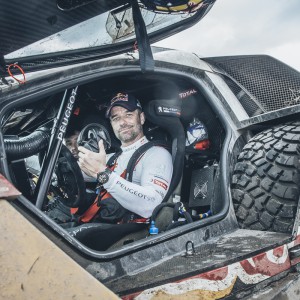 After a one-two yesterday, the Team PEUGEOT Total take the first two places in the third leg of the 2016 Dakar.  The total...
Copyright 2011-2016 Rallyraid.net - RISE Network. All Right Reserved.
Back to top