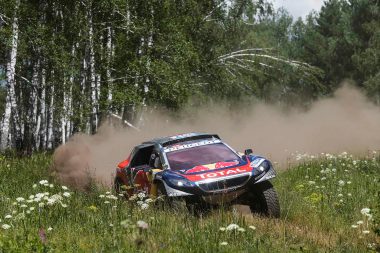 The Silk Way Rally made its first border crossing of 2016 on Monday from Ufa in eastern Russia to Kostanay in Kazakhstan. Cyril Despres and co-driver David Castera in their Peugeot DKR 2008 set best time over the 200.43km special stage to take the overall lead in the car category, a first for the former motorcycle ace.

Yazeed Mohamed Al Rahji and Timo Gottschalk in the MINI ALL4 Racing finished second at 02’40” behind and are now 02’37” adrift of the leaders, while Sébastien Loeb and Daniel Elena were the second best Peugeot on the day clocking in at 04’14’ to the leaders and to sit third in the general classification at 04’10”.Fourth on the stage was Russia’s Vladimir Vasilyev and Konstantin Zhiltsov, who also had to stop to change a tyre, at 05’15” in their MINIALL4 Racing. They are fourth overall at 06’40”. Evgeny Firsov and Vadim Filatov in a Toyota Pickup rounded out the top five at 06’3” and head to stage 4, fifth overall at 7’37”.

Stéphane Peterhansel and Jean-Paul Cottret suffered a puncture early in the stage, immobilizing their Peugeot DKR 2008 for three minutes. Later, a slow puncture obliged them to slow their pace. The discipline’s most heralded crew finished 8th overall at 9 minutes to the leaders and are now 8th overall at 08’52”.

Aleksandr Terentiev and Alexey Berkut took the top honours in the T2 category. The Russian Ford F150 duo was joined in the top three by the Australian entry of Adrian Di Lallo and Hiroaki Suzuki in an Isuzu D-Max and the Franco-Japanese crew of Akira Miura and Laurent in a Toyota VDJ 200. 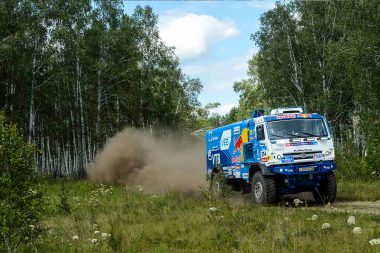 Karginov to the top of the truck order.

Andrey Karginov gave Kamaz its first stage with a 1’36” margin of victory from Siarhei Viazovich to lead the MAZ 5309RR by 1’27” in the truck general classification. Edouard Nikolaev was third in the ‘retro nose’ Kamaz 43509 at 1’44” and is close behind in third overall. Airat Mardeev made it three Russian big rigs in the top four at 2’12” to Karginov, while stage 1 victor, Martin Van Den Brink rounded out the top five on the day, 4’28” back to the stage winner, and 4’16” overall. 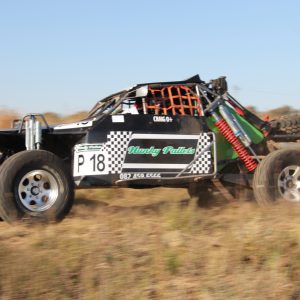 Challenging routes, close competition and an innovative sponsorship deal have this season breathed new life into the Northern...
Copyright 2011-2016 Rallyraid.net - RISE Network. All Right Reserved.
Back to top