Stéphane Peterhansel and Edouard Nikolaev both set best time on the shortened Kostanay -Astana stage to take the overall lead of the Silk Way Rally in their respective categories.

The double for Peterhansel and Cottret 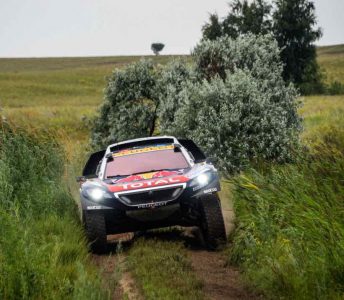 Stage 4 was reduced in length (223km) due to an unpassable bridge in the second half of the stage. Starting 8th, Peterhansel and Cottret had the advantage and had made the most of the cars ahead to find a clear way to the top of the order. “It rained during the first 60kms making the tracks very slippery and there was a lot of mud. The three cars at the front provided a clear track to follow,” explained Peterhansel.

Peterhansel and Cottret are now 02’41” clear of second on the day, Valdimir Vaselyev and Konstantin Zhiltsov in the MINI ALL4 Racing. Sébastien Loeb and Daniel Elena finished third and are now 3rd overall at 02’51”. Aidyn Rakhimbayev and co-driver Anton Nikolaev were fourth in their MINI ALL4 Racing. The surprise of the day was the fifth place result for the American team of Damien Jeffries and Max Brian Eddy Jr. in their homebuilt Jeffries Buggy to move into 9th place overall.

Yesterday’s overall leaders Cyril Despres and David Castera could only manage 10th place today and our now 4th overall at 03’59” after hitting a hidden block of cement in the tall grass, which damaged a wheel, forcing them to slowdown late in the stage. It was a struggle as well for Al Rahji and Gottschalk who finished 12th in the stage and dropped to 6th overall at 07’21” to the leaders.

T2 at a glance…
Back to back for Terentiev and Berkut.

Aleksandr Terentiev and Alexey Berkut in the Ford Ranger F150 took their second consecutive class win, to extend their lead in the overall classification to 07’10” from second in the stage, Akira Muira and Laurent Lichtleuchter in a ToyotaVDJ200. The Kazakh duo of Marat Abykayev and Andrei Chipenko in a Toyota Land Cruiser 200 completed the production category top 3. 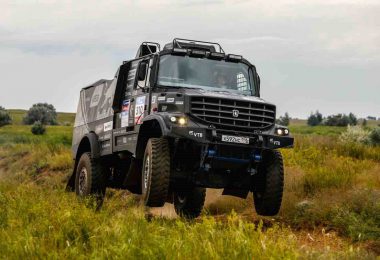 Nikolaev by a ‘nose’.

Edouard Nikolaev took the win with the ‘retro nose’ version Kamaz. The Russian was followed to the line by Holland’s Pascal De Baar in the Renault K520 and China’s Hou Hongning. The 2013 Dakar Truck champion, Nikolaev is now at the sharp end of the order in the category of Mastodons, in which Kamaz holds down the top six positions. 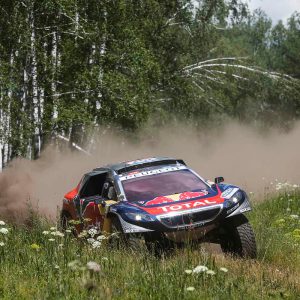 The Silk Way Rally made its first border crossing of 2016 on Monday from Ufa in eastern Russia to Kostanay in Kazakhstan....
Copyright 2011-2016 Rallyraid.net - RISE Network. All Right Reserved.
Back to top